Home>Awareness>Hide but not seek. Changing America’s response to trafficking.

“Harriet ran away from home when she was 11 years old and moved in with a 32-year-old man who sexually and physically abused her. Then he convinced her to become a prostitute. In the next two years, Harriet became addicted to drugs and contracted numerous sexually transmitted diseases. The police arrested Harriet when she was 13 and charged her with committing prostitution, and placed her on probation for 18 months in the custody of juvenile probation officials. Her lawyers have appealed the decision, arguing that since she could not legally consent to sex, she cannot face prostitution-related charges. The police made no efforts to find her pimp.” (United States Department of State)

Harriet is just one example of 100,000 American children who are sexually exploited through prostitution in the United States each year. Many children are vulnerable for sexual exploitation because of their age, emotional instability due to unstable home life, history of sexual abuse, and/or being a chronic runaway. As many as 2.8 million American children run away from home each year. Within 48 hours of hitting the streets, experts estimate one-third of these children are lured or recruited into the underground world of prostitution and pornography.

The Victims of Trafficking and Violence Protection Act (TVPA) in 2000 created the tools to enable the U.S. government to address the prosecution of traffickers, protection for victims, and prevention of human trafficking. However, protecting victims and prosecuting traffickers is a challenging and complex process. 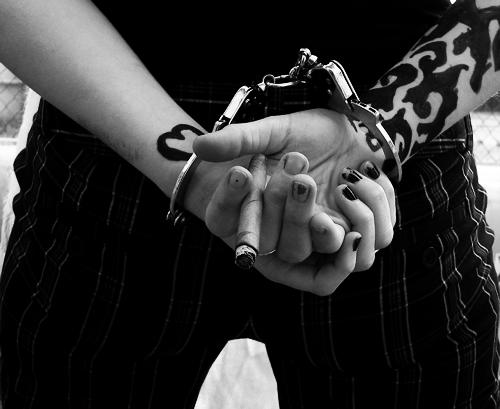 One of the greatest challenges faced in the prosecution of domestic sex traffickers and pimps is the separation of the victim from their immediate environment long enough to help them realize they are in fact victims. Most are under the severe psychological and physical control of their pimp, and trauma bonds between victims and pimps are very difficult to break. Trafficking victims often remain loyal to their trafficker, sometimes suffering arrest and prosecution to protect the identity of their trafficker. When this occurs, victims may be sent to juvenile facilities or back to their often dysfunctional family, instead of receiving safe shelter and necessary care such as psychological counseling. This experience could re-traumatize the child, causing greater distrust against the criminal justice system and increasing the possibility of the child returning to their trafficker.

States have increasingly started recognizing the importance of identifying and protecting trafficked minors through legislative and advocacy efforts; however, it is still not enough. The ongoing efforts of the justice system, NGOs, and non-profit organizations are crucial to meet and overcome the challenge of protecting the children in our country