A group of over 30 experts from around the country who collaborate to improve responses to juvenile sex trafficking victims, drawing on the group's combined research, knowledge and experience in services, law and policy.

The Goal of the JuST Response Council

The ABCS of JuST Response

Programs and responses are often being created in silos, because there is often not a mechanism to quickly or easily find what other states are doing, or many avenues to promote successes, so there is an assumption that states have to start from scratch. The reality is there are many states or programs that have seen promising results within program implementation and have learned from program failures and challenges.

There is often a disconnect between system building and practice, and the most recent research, and evidence in the field.

Without having statutes and clear policies in place we cannot ensure long-term broad based responses will not only be implemented, but will continue to be evaluated and improved upon as we learn from implementation.

Shared Hope International’s JuST Response Council represents some of the most innovative and informed experts in the country. These members help ensure JuST Response products are informed by diverse perspectives and experiences. Council members share the goals of preventing juveniles from becoming sex trafficking victims and ensuring that youth who have been trafficked have access to the tools and support necessary to heal from the trauma they have endured and the skills to create and sustain a life away from trafficking. Members include policy advocates, government officials, medical professionals, law enforcement, judges, academics, and service providers, many of whom are themselves survivors of juvenile sex trafficking, from diverse geographic areas.

Shared Hope International and the JuST Response Council recognize that definitions and language are a critical element of creating a protective system response. While the field strives for a consistency in definitions JuST Response documents use the following language and corresponding definitions and justifications. (These should not be considered final, and do not represent the language used by all Council members).

While “safe harbor” is a term often used to describe statutes establishing a non-punitive response for juvenile sex trafficking victims, this represents only one component of a comprehensive state response—avoidance of a criminal justice outcome.

Since the term “safe harbor” derives from the idea of carving out an exemption for minors under the prostitution law, this can imply that minors have agency in deciding to engage in their commercial sexual exploitation and does not emphasize the critical role of access to services.

Due to the important role of language in accomplishing the fundamental paradigm shift from viewing victims as criminals to viewing victims as victims, both statutorily and in practice, we refer to the statutes that direct juvenile victims away from delinquency and into services as protective response laws.

A person who has been victimized/survived victimization. This report uses victim and survivor interchangeably to provide consistency with statutory language and cross-agency terminology. We recognize that individuals who have experienced trafficking are survivors at all stages of their abuse and recover and are not defined by their victimization.

Refers to a person who has not reached the age of 18. Juvenile should not be a bad word. The issue of juvenile sex trafficking is not a new phenomenon, but the way it is perceived has been changing rapidly due to the advocacy of leaders and advocates across the country. We have a chance to reform systems broadly because of this shift in perception. With this goal in mind, we also have the opportunity to shift public perception of the word “juvenile” as something negative to what it actually means—a young person whom we as a society have a responsibility to care for and about.*

* The Council recognizes that victimization and service needs extend beyond minors and young adults, however, for the target audience of current resources along with expertise represented the subject remains limited to this age group. 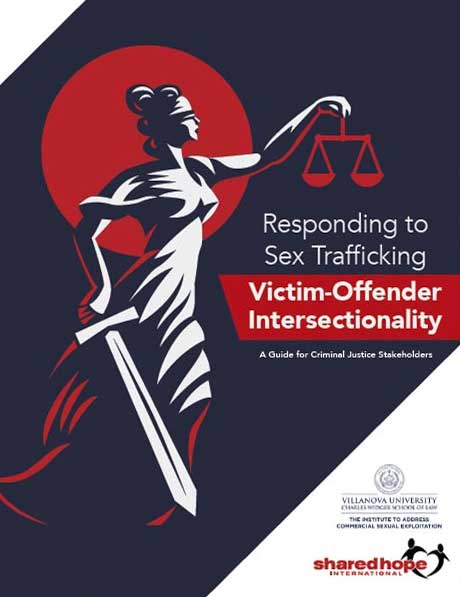 A Guide for Criminal Justice Stakeholders Discussing the social and legal importance of ending criminalization of minors for prostitution offenses. Mapping the statutory structure of service and placement responses to sex trafficking victims. A Review of Current Statutes, Systems, and Services Responses to Juvenile Sex Trafficking. The impact of defining sex trafficking to include all cases of commercial sexual exploitation of minors. These system maps analyze the statutory frameworks in each state that shape the potential responses a juvenile sex trafficking victim may encounter.