On February 1, 2011 a Planned Parenthood sting video was released by Live Action, a pro-life group known for its investigative journalism. The video features a man and a woman posing as sex traffickers inquiring about contraceptives, STD testing and abortions at a New Jersey Planned Parenthood clinic. They are explicit about their involvement in the commercial sex industry and their use of illegal immigrant sex slaves as young as 14 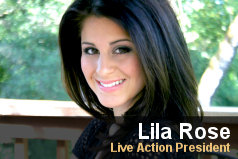 years old. The video showed the Planned Parenthood clinic manager explaining tactics to evade mandatory reporting laws, directing the traffickers to an abortion clinic that will ask fewer questions and giving them tips on how to receive cheaper birth control. In response, Planned Parenthood fired the New Jersey clinic manager who appeared in the video providing assistance to the traffickers.

This video is reminiscent of a similar video operation conducted at the Association of Community Organizations for Reform Now (ACORN), an organization that provides housing assistance and services to low-income people. When the ACORN undercover video, produced by James O’Keefe and Hannah Giles, was released September 2009, many were shocked by the organization’s apparent willingness to aid pimps in the illegal commercial sex business. O’Keefe and Giles posed as a pimp and prostitute looking for help with their taxes and housing. The video shows O’Keefe and Giles receiving tax tips from an ACORN employee after explicitly telling the ACORN employee that they are involved in the commercial sex industry by prostituting foreign minors.

For ACORN, O’Keefe’s undercover video proved detrimental. Once the video was released, ACORN’s reputation was tarnished, causing huge losses in federal and private funding – forcing the company to close offices around the nation. Though Planned Parenthood has claimed its share of controversy over providing abortion services, aiding sex traffickers is a new strike against the group. According to a Washington Post article “Planned Parenthood receives tens of millions of dollars each year from the federal government to provide non-abortion family planning services to low-income people.” If the effects of the ACORN video are any indication of Planned Parenthood’s fate, the organization could suffer serious, and perhaps irreversible, damage.